Public Campaign for the Arts launches 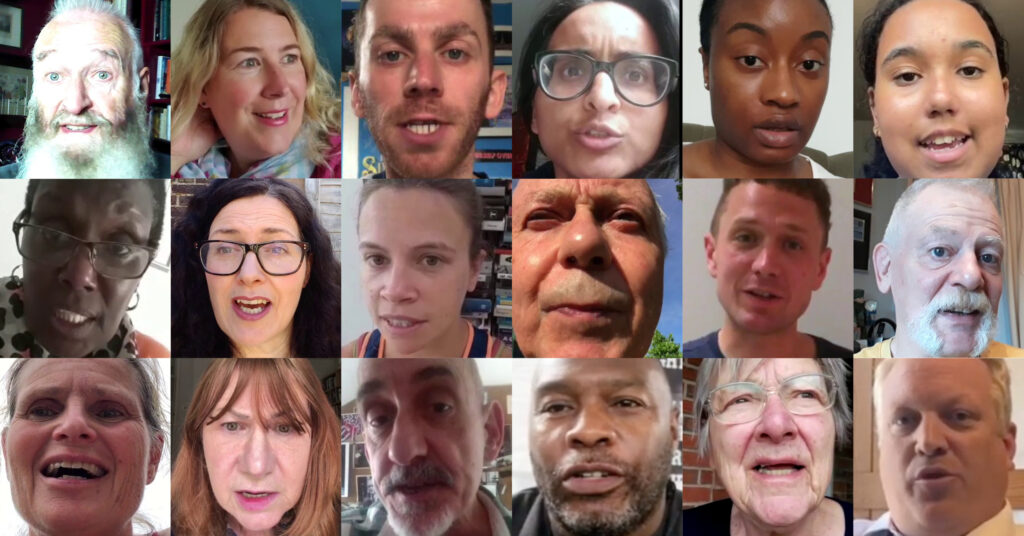 The Public Campaign for the Arts brings together people of all ages, all backgrounds and from all parts of the UK, to express the immense value of arts and culture in their lives, and to call on the government to rescue the cultural industries.

Without government support, 50% of music venues and 70% of theatres will close permanently by the end of this year. This will have a devastating impact not just on the UK economy, for which the cultural industries generate over £100billion a year, but on the lives of millions of people who depend on arts buildings and companies for their mental health, social life and community cohesion.

In a series of short videos at CampaignForTheArts.org, to which anybody can add their own story, members of the public speak out about what’s at stake.

Dawn from Hereford says, “Arts centres and theatre are the central places for many people in communities. For the mind, body and soul it’s essential. It’s absolutely essential.”

Mark from Leicester says, “Where I worked, the Haymarket in Leicester, has already closed so I’ve lost my job. I’ve had some mental health problems in the last few years and theatre is like therapy for me. If theatres close it will be so devastating for communities.”

Abiola from Hackney says, “The arts mean a great deal to me. It means expression and that means everything. I would like the government to look at ways that the arts can have continued support.”

All of the stories can be viewed now at CampaignForTheArts.org.

This site uses Akismet to reduce spam. Learn how your comment data is processed.

This website uses cookies to improve your experience while you navigate through the website. Out of these, the cookies that are categorized as necessary are stored on your browser as they are essential for the working of basic functionalities of the website. We also use third-party cookies that help us analyze and understand how you use this website. These cookies will be stored in your browser only with your consent. You also have the option to opt-out of these cookies. But opting out of some of these cookies may affect your browsing experience.
Necessary Always Enabled
Necessary cookies are absolutely essential for the website to function properly. These cookies ensure basic functionalities and security features of the website, anonymously.
Functional
Functional cookies help to perform certain functionalities like sharing the content of the website on social media platforms, collect feedbacks, and other third-party features.
Performance
Performance cookies are used to understand and analyze the key performance indexes of the website which helps in delivering a better user experience for the visitors.
Analytics
Analytical cookies are used to understand how visitors interact with the website. These cookies help provide information on metrics the number of visitors, bounce rate, traffic source, etc.
Advertisement
Advertisement cookies are used to provide visitors with relevant ads and marketing campaigns. These cookies track visitors across websites and collect information to provide customized ads.
Others
Other uncategorized cookies are those that are being analyzed and have not been classified into a category as yet.
SAVE & ACCEPT
Powered by