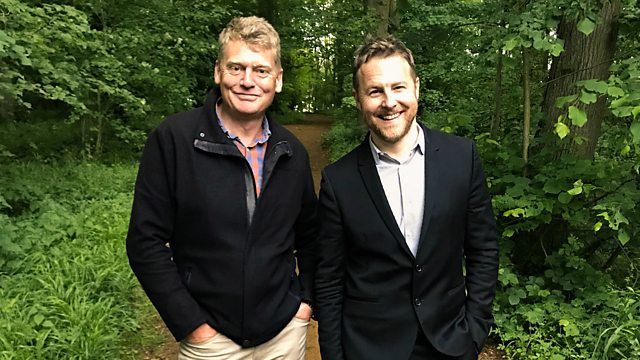 Our Chair Samuel West was invited to speak on the BBC’s Countryfile last month (available on iPlayer till 23/7/19) about the positive effects of the arts on rural communities. He wrote these thoughts as a preparation for being interviewed:

I hope we can all agree that doing things together makes us feel less alone. That being part of something greater than the sum of its parts can make us feel more human and more extraordinary. It doesn’t matter if it’s dance classes, craft circles, folk music, exhibitions or performances – whatever you’re into. Some rural MPs or county councils with few subsidised arts venues in their constituencies may not feel it’s a big part of their postbag. We need people in rural communities who would like more stuff to happen in their village, to let their representatives know that they support the spending of a tiny proportion of their council tax (1/2 %) on arts, culture and libraries, because it brings a community together and makes it happier and healthier.

This is an attempt to mobilise the viewers. There’s proportionately less money available for rural communities to enjoy arts and culture than urban communities. You’re right, Countryfile, it’s not good enough. But not because urban councils are wasteful. All Local Authorities are doing their best in the face of huge government spending cuts. Local Authority spending is down a fifth since 2010, but cuts to art and culture are twice that. 40%. Even if you believe the arts should take their share of the pain, they are suffering twice as much as they ought to.

Local lending and mobile libraries are a lifeline for many older people. They’re also one of the last public places you can go which don’t charge you to get in. We’re an ageing and increasingly atomised society. This stuff brings us together, fights loneliness and isolation – particular problems in rural areas where transport links are unreliable or unaffordable. My mum Prunella Scales has got dementia, as many people will know. I was really pleased that last year the NCA gave a Hearts for the Arts award to Denbighshire County Council in North Wales, for Lost in Art, a project that in a largely rural area brought people living with dementia and their carers together with artists, to see how visual arts could improve their confidence, communication and quality of life. They met in theatres, arts centres, craft centres – places kept alive by local authority and arts council funding. It’s not just older people. Being a parent of young children can be lonely. Theatres are seen as elite spaces. But more and more they’re open during the day to parent and baby groups, dance rehearsals, craft circles…

I’ve mentioned my mum. I should also mention my Dad, Timothy West, who has the touring gene written through him like seaside rock. He would much rather play King Lear on tour to the Hall for Cornwall in Truro than at The Old Vic in London – I know, ‘cos he’s done both. The difference is that when he does it at the Old Vic people ask “Who’s directing? Who’s playing Gloucester?” and when he tours it to Truro people from West Cornwall stop him in the street and say “I’ve always wanted to see this play.”

Economically, cuts to culture spending are a false economy. Even apart from the things that go on inside it, the tourism, employment and infrastructure around your local theatre, arts centre or assembly rooms – the visitors, cafes, goods and suppliers – bring economic uplift and give places an identity. Theatre By The Lake in Keswick is the biggest employer in the area, and Cumbria Council gets that. Many tourists come to the place for beautiful walking – now the Council can say “Stay an extra day and see a great show as well.” It makes the tourism offer that much better.

The experience of art is always personal. It can give us a sense of tranquillity and personal space. But we are also united by those experiences into one thing: a community, an audience, a collective noun. We all know the power of community spaces. Not only do they bring us together – they reduce inequality, crime and difference.

Difference and division are bad for us. I want to see this country driven by the opposite feeling. If you don’t have the physical spaces, where do you come together as a community? At the moment, public spaces (pubs, libraries, community halls, youth clubs, sports fields, arts centres) are being sold off, a move that’s driven by the value of land. They’re judged by commercial values. If they don’t make a profit, they’re considered unnecessary. But there’s a couple of problems with that. In London now there are 15 000 unsold luxury flats. And the towers are still going up. We’re producing a glut of unlet, unsold private spaces. And meanwhile we’re still closing libraries.

We know that cultural activity in many rural areas is really strong, whether it’s craft circles, jazz clubs, amateur dramatics or art classes. There’s a strong voluntary element, and that’s great. But the cultural infrastructure in rural areas can be very fragile. In some places, if the pub closes, there is literally nowhere else to go. Think of your dad collecting tickets at the local folk club – he might love that, without thinking it was an “artistic experience”. Suppose that venue is kept alive with a little subsidy from the local Authority or the Arts Council? What about local history museums? What are they about? People. What is important to us locally, as citizens? It’s not what’s behind the screen. It’s US, and it’s OURS. It gives us dignity and identity. Some Local Authorities are selling off their art collections to counter the effect of governent cuts. This is not only bad karma, it’s bad business.

Libraries, historically, are in exactly the right place to reach their citizens. You can say ‘that’s valuable real estate’. But not everything should be judged by how much commercial profit it makes. Some things are worth it anyway. Some things make us better. Some things have other value. “This library costs x thousand pounds,” says the developer. How much does it save in mental health, or prison, or recidivism? Reading can change lives. How do you put a price on that? We should think of libraries differently. They’re now a referral hub. Librarians are often experts on advice. It could be a health issue, it could be where do I go for art classes?

You don’t do art to be an artist. You do it to give yourself a sense of identity, achievement, beauty or discovery. People have lost the connection between the production of art and the enjoyment of it. We have to counter the idea that the only art is made by dead people. But if you do want to be an artist, you need to feel that the possibility is within your reach. If you grow up in a city, you may not be short of opportunities. But if you live in an area that’s cut its arts provision to zero, the infrastructure might not be there to support you. There are some big gaps between stools for you to fall between. And you deserve that chance to be who you want to be, no matter where you’re from. Talent is no respecter of postcodes.