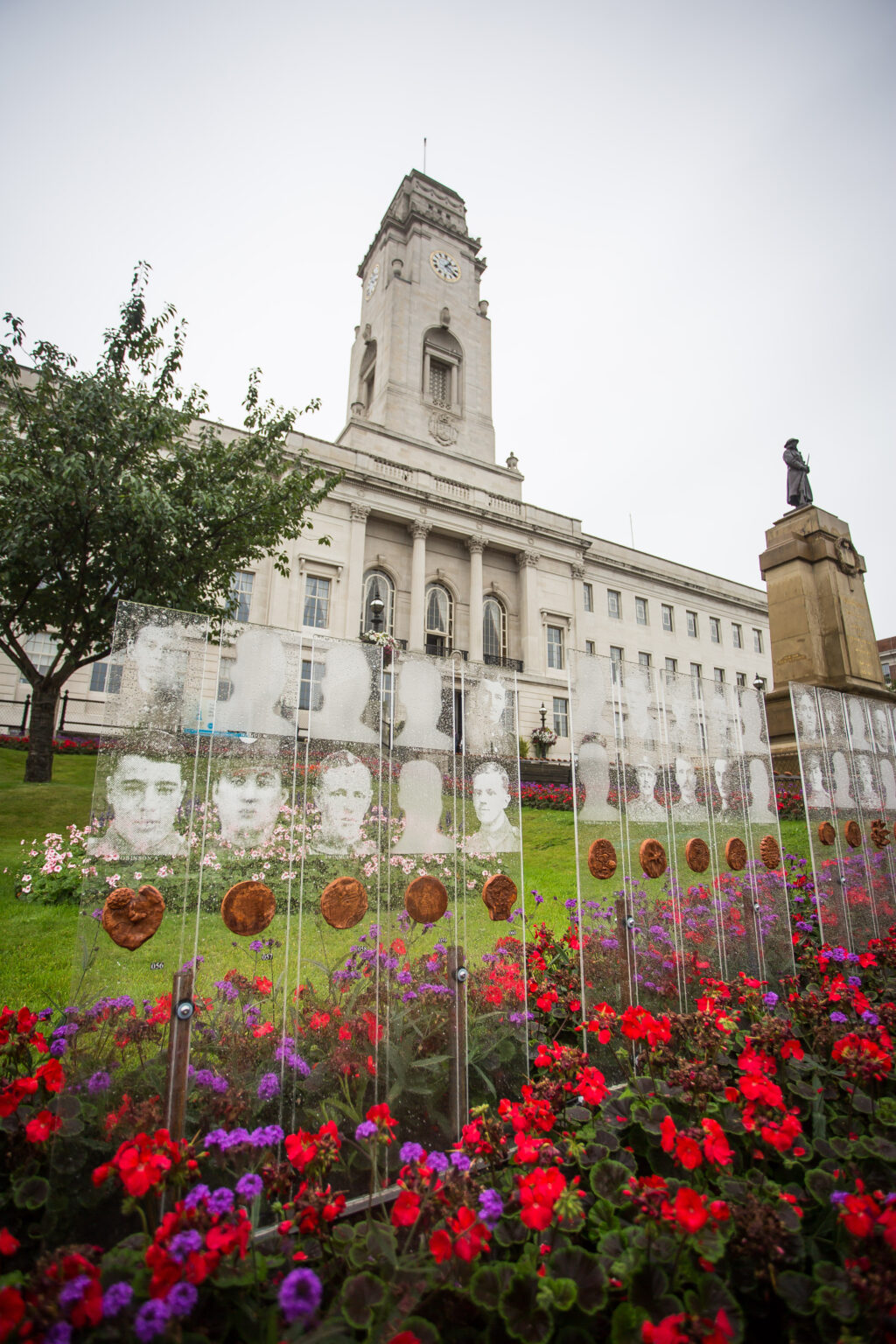 Public Art has possibly suffered most from a combination of financial crisis and austerity measures. With capital developments being mothballed and public funds reduced both opportunity and resource have diminished. Yet despite this backdrop, in 2014 Barnsley MBC adopted a new Public Art Strategy, and created a new post with a 0.5 responsibility for Public Art and tasked with activating this policy. With no budget allocation this was a challenge, but with Barnsley MBC’s adoption of CIL principles pooled S106 monies were used as match for ACE funding.

The last 18 months has seen the delivery of some outstanding projects. The strategic theme of story-telling revealed stories about Barnsley’s past, present and future, and engaged with the community in relation to significant anniversaries that resonated strongly with the Borough. Artwork for the Somme Commemorations was unveiled on 1st July 2016 featuring 300 men from across the borough who died on the first day of the battle. Initially a temporary installation in the Town Hall gardens, there was huge public response with the piece now permanently installed in Churchfields Peace Garden.  This artwork – ‘Light Lines’ by artists musson +retallick – also won a prestigious Civic Trust Award.

This was followed by the ‘Best of Barnsley’ – a celebration of people from Barnsley who have gone on to receive national or international recognition in their respective fields. A series of striking lamppost banners by local artist Patrick Murphy and supporting website provided background information as inspiration to Barnsley’s young people about what they can achieve.

BMBC also supported the completion of the Oaks Memorial Sculpture.  This bronze figure by local artist Graham Ibbeson commemorated the 150th anniversary of the Oaks Mining Disaster where over 360 men and boys lost their lives. This is the worst disaster in English mining history and with the NUM headquarters still in the town, this had particular meaning and importance for a significant section of the local population.

In 2017, the Tour de Yorkshire passing through the west of the borough led to the ‘In Gear’ arts project, with a number of public realm interventions along the route. A consistent design style and motifs led to a family of artworks – location markers and bespoke vinyl banners for schools. There was a huge banner for Wortley church and a monumental piece of land art over 100m long. This generated huge profile for this rural part of the borough, featured prominently in live TV coverage and generated huge pride and local ownership.

This programme has set out to change perceptions of Barnsley – within and beyond the borough, engaging with a diverse range of communities of interest to share and profile stories and increase pride of place.

"This is a project that looked at Barnsley’s past, present future to create a public art project that would truly resonate with local people. Art can change and challenge our perceptions of ourselves and the world around us - and Barnsley has showed that, even with scant resources, it’s possible to use art to invest in the future of our communities, and the people who live there"
UK Theatre 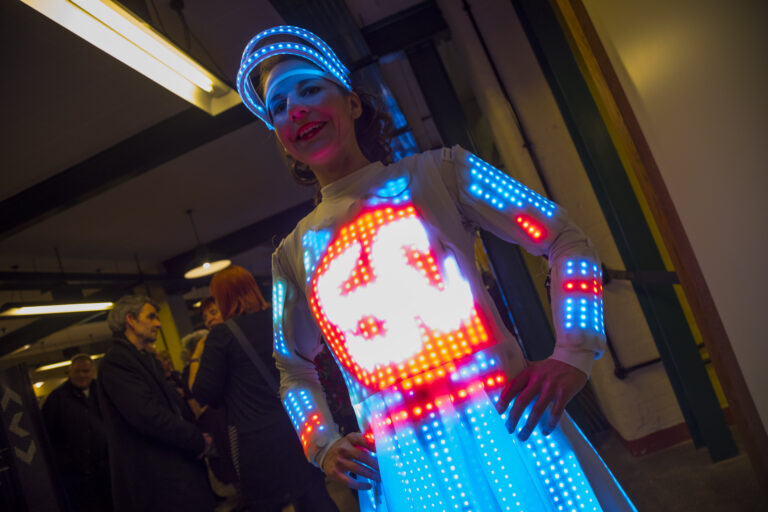