Hearts for the Arts 2021 winners announced

The NCA celebrates the winners of this year’s Hearts for the Arts Awards. 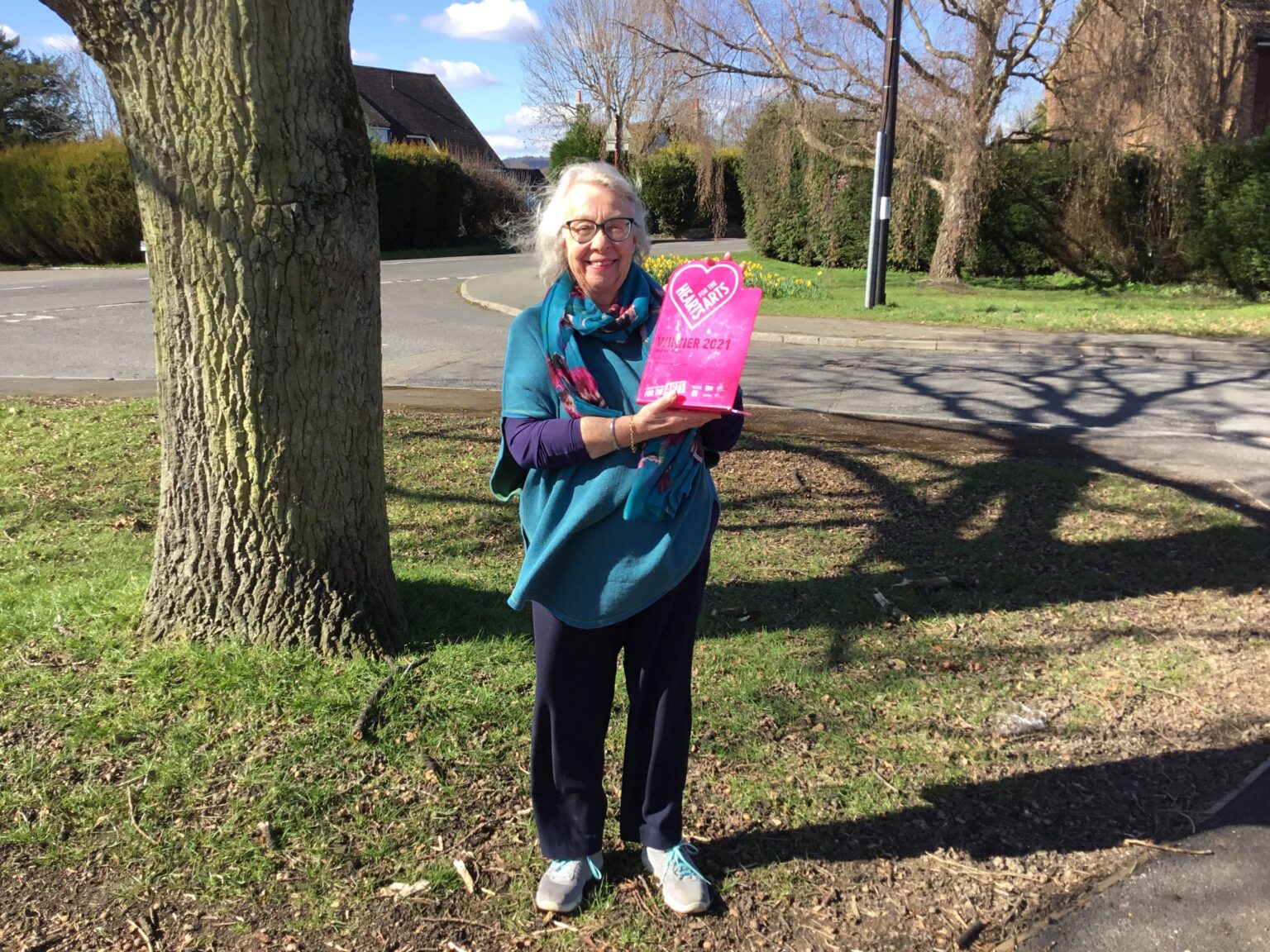 In a digital ceremony, hosted by the Local Government Association, the NCA were able to honour the brilliant creative work carried out by our Hearts for the Arts Award Winners over the past year.

Colleagues, friends, and family members (included some very small ones! and not forgetting pets…) joined the ceremony to congratulate the winning arts projects and champions, with a bottle of bubbles or two popped from the comfort of winners’ homes.  The Hearts for the Arts judges, shortlisted nominees, NCA trustees and council workers also joined in celebrating the achievement of the winners.

NCA Chair Samuel West attended the ceremony from his quarantine in Harrogate ahead of filming the second season of All Creatures Great and Small. He was accompanied by many of this year’s judges – high profile members of the creative industries – to make the presentations to the winners. This year’s judges had both the enviable job of being able to read all about the creative work that has continued in local communities despite the disconnection forced by the pandemic, but also the unenviable job of having to pick winners from such a competitive and inspiring shortlist.

The winners were nominated by colleagues or project participants, by people who had reaped the benefits of the winners’ work and in the ceremony we got to hear directly from the winners about their work and their projects.

Andy Dawson, Service Manager at Nottinghamshire’s Inspire Youth Arts, was presented his Best Arts Champion Award by musician Paul Hartnoll, founder member of Orbital. In accepting the award, Andy paid tribute to the many freelance artists and support staff who have worked heroically towards Inspire’s Covid-19 response and stated that, as an industry, we need to make sure we take care of our freelancers. Off the back of the awards and with support from Paul Hartnoll, Andy is looking to set up a bursary for a young musician in Nottingham.

Hackney Council’s Petra Roberts – who received a Hearts for the Arts Award in 2020 on behalf of Windrush Generations Festival – presented the Best Arts Project to N17, a radio programme created in partnership with students of Harris Academy Tottenham, Kick it Out, Threads Radio, Haringey Council, RoughHouse Theatre and playwright, Dougie Blaxland. The award was accepted by Deputy Head of Harris Academy – Melissa Gough. Gough spoke on behalf of the two students – Chloe and Kane – who produced and presented the project, which quickly innovated into a radio programme in response to the pandemic.

Councillor Janet Emsley, who was presented her award for Best Arts Champion (Councillor) by Drag artiste and cabaret performer Le Gateau Chocolat, led Rochdale Borough Council to success in bringing the Natural History Museum’s iconic Diplodocus cast to the town – a feat that was also shortlisted in this year’s Best Arts Project Category.

In her speech, and in discussing the delivery of Dippy on Tour in the North West, Cllr Emsley praised the local volunteers, and the project’s positive impact on local businesses. There were 120,000 visitors to Dippy in Rochdale before the pandemic and the town was on track to beat all records. Emsley spoke proudly about proving Rochdale could deliver a big project, and the Hearts for the Arts judges all expressed their wish for cultural activity to continue moving onwards and upwards in Rochdale.

The 5th and final award was presented to Wandsworth’s Create & Learn Playkits by comedian, writer and actress Francesca Martinez. The award was accepted by Katherine Hill, Wandsworth Council’s Cultural Programme Manager for Schools and Young People. In presenting the award, Martinez acknowledged how access to creative materials when she was young, and encouragement to use them to create, have shaped her life and her career.  Hill shared the distribution numbers of the PlayKits – which had almost doubled since the nomination was made in December (and we expect the numbers will be higher still now, having risen since the awards ceremony). Representatives from many if the PLayKits project partners attended the ceremony alongside Katherine – from Agora Arts Circle, Battersea Arts Centre, Creative Wandsworth, Nine Elms Arts Ministry, Roehampton R.O.C.K.S, Royal College of Art, SenTalk, Tara Arts, Wandsworth Council, 575 Wandsworth Road (National Trust)

The NCA would like to wish a final, and huge, congratulations to all the winners of the 2021 Hearts for the Arts Awards. The ceremony was a heart-warming, good-news afternoon, with the positive and palpable benefits of local arts and culture felt keenly by all attendees.